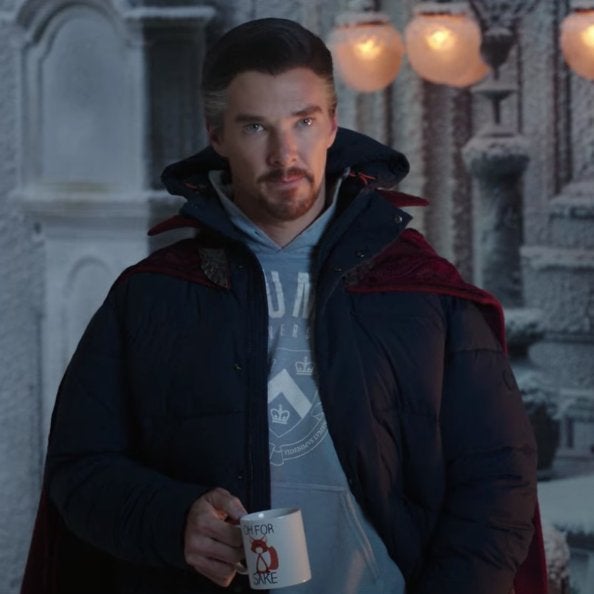 Rating 12
Length 2h28
Release 15.12.2021
Director Jon Watts
About With Spider-Man’s identity now revealed, our friendly neighborhood web-slinger is unmasked and no longer able to separate his normal life as Peter Parker from the high stakes of being a superhero. When Peter asks for help from Doctor Strange, the stakes become even more dangerous, forcing him to discover what it truly means to be Spider-Man.
Moon: Full moon during the climatic final fight
Where to Watch: Cinemas
Trailer:

I don’t think I’ve felt the buzz and hype of a film so tangibly in a cinema for a long time. Nope, upon feeling it walking towards my screen, not even when Force Awakens came out. Not even a Midnight screening has given me that excitement that I felt with those early Potter films.
I watched people literally racing from a screen to the toilet, not wanting to miss a single second. As the usher scanned my ticket, he even reassured me that it was good and to enjoy it. It’s safe to say, I did.

Such a powerful, clever, outing that has gone straight to the top of my favourite MCU list. I want to go watch it again. I already know this is a film in which I will discover more on repeated viewings. 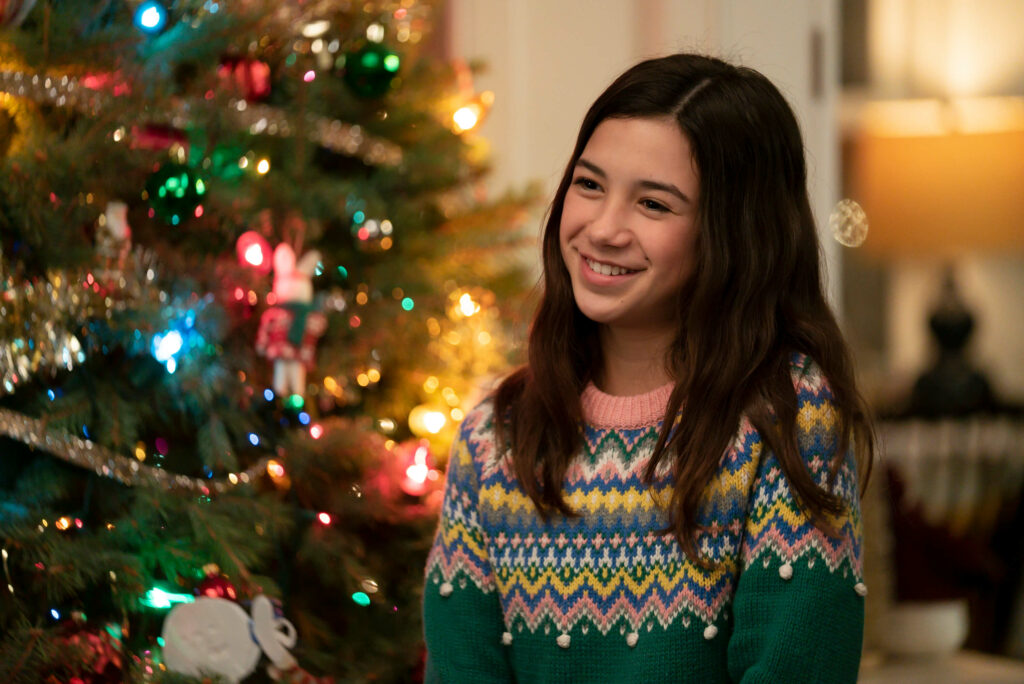 A film I wanted to love, but ultimately I found the plotting choices lazy and just made it hard to enjoy. For a film that does it right, check out Pete’s Christmas (2013) instead. Rating PG
Length 1h41
Release 2.12.2021
Director Michael Mayer
About Desperate to avoid his family’s judgment about being single, Peter persuades best friend Nick to pose as his boyfriend on a trip home for the holidays.
Moon: no moon sighting
Where to Watch: Netflix
Trailer:

Rating PG
Length 1h38
Release 26.11.2021
Director Mary Lambert
About To escape a scandal, a bestselling author journeys to Scotland, where she falls in love with a castle — and faces off with the grumpy duke who owns it.
Moon: none
Where to Watch: Netflix
Trailer:

A plot by numbers Christmas romance that’s made much easier to watch with Cary Elwes in the lead.

Rating 12a
Length 1h56
Release 5.11.2021
Director Pablo Larrain
About The marriage between Princess Diana and Prince Charles has long since grown cold. Though rumors of affairs and a divorce abound, peace is ordained for the Christmas festivities at the queen’s estate. There’s eating and drinking, shooting and hunting. Diana knows the game, but this year, things will be profoundly different.
Moon: Full moon at 1h 23
Where to Watch: Most cinemas now
Trailer:

Too artsy and bollocks for my liking. Diana’s mental ill health was not shown in a compassionate or concise way. So of course its going to win all the awards.

Rating PG
Length 1h29
Release 6.11.2021
Director Dustin Rikert
About Angie wonders what life would be like if she had married an ex who became famous. When she finds herself magically transported into the past, Angie has the chance to relive that Christmas and learn what (and who) is truly important to her.
Moon: no moon sighting
Where to Watch: Part of Hallmark subscription on Amazon Prime
Trailer:

The cold is biting, so what better to warm you up than a sickly sweet story that’s full of charm and not too taxing. 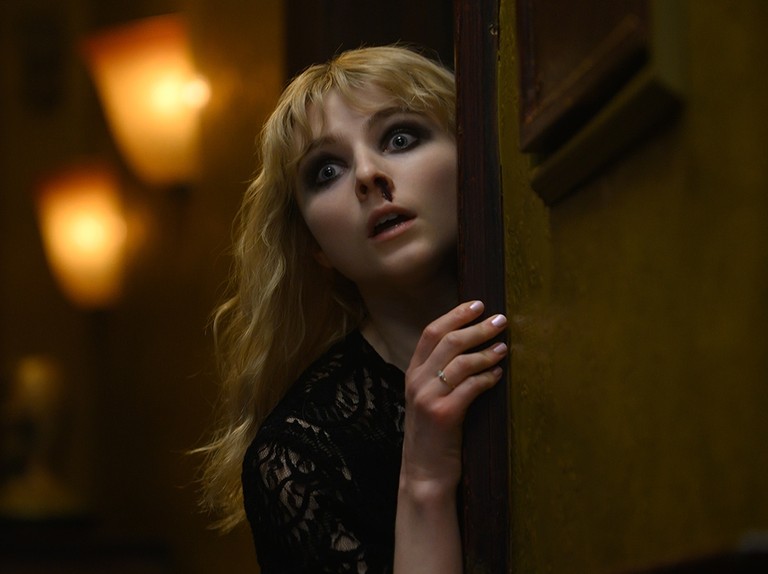 Rating 18
Length 1h56
Release 12.4.2017
Director Edgar Wright
About An aspiring fashion designer is mysteriously able to enter the 1960s, where she encounters a dazzling wannabe singer. However, the glamour is not all it appears to be, and the dreams of the past start to crack and splinter into something far darker.
Moon: no moon sighting
Where to Watch: In cinemas now
Trailer:

This is no Cornetto film. It’s dark, it’s twisted and it’s a film of a director with an eye for detail. Beware though, you will want to watch it again once you’ve watched right to the end.

Rating 12a
Length 2h04
Release 18.11.2021
Director GJason Reitman
About When a single mother and her two children move to a new town, they soon discover they have a connection to the original Ghostbusters and the secret legacy their grandfather left behind.
Moon: no moon sighting
Where to Watch: Cinemas
Trailer:

Have you ever heard a young kid in a cinema shout “They’re going to use the trap daddy!”? Oh my god, the screening I went to was full of chuffed dad’s seeing their kids enjoy a beloved franchise from their own childhood. Fuck me, it was beautiful to watch.
Actually, so was watching the 13/14 year old lads belt out the theme song when it came to the credits.

It’s a film that gives charm, comedy and joy, sets up a potential sequel (not holding my breath, so did 2016 and that got shut down fast) and reminds us … geeks are fucking awesome and always have the best toys! 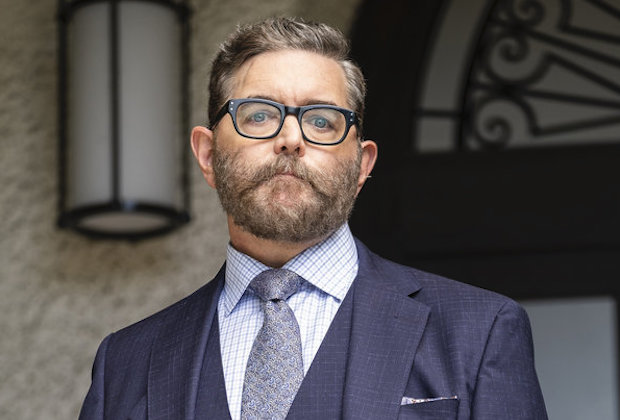 Rating PG
Length 1h36
Release 18.11.2021
Director Steve Franks
About As Gus plans a wedding and Selene delays signing the divorce papers from her previous marriage, Shawn launches an investigation to uncover her mysterious past.
Moon: no moon sighting
Where to Watch: Streaming on Peacock subscription via Now
Trailer:

Rating 15
Length 1h50
Release 29.10.2021
Director Aron Gaudet and Gita Pullapilly
About A frustrated suburban housewife and her best friend hatch an illegal coupon-club scheme that scams millions from corporations and delivers deals to legions of fellow coupon clippers. Hot on their trail is an unlikely duo — a hapless loss-prevention officer and a determined U.S. postal inspector — both looking to end their criminal enterprise.
Moon: none sighted
Where to Watch:
Trailer:

Decent film, well executed and something I would watch again.

Rating 12a
Length 1h58
Release 12.11.2021
Director Rawson Marshall Thurber (fun fact: He’s the Quiznos guy from Easy A)
About In the world of international crime, an Interpol agent attempts to hunt down and capture the world’s most wanted art thief.
Moon: Full moon sighted as Reynold’s character goes home.
Where to Watch: Netflix
Trailer:

Had everything I really needed in a movie like this, so there’s really nothing to complain about. Only thing is, this review is a little redundant as it would appear that most people have already watched Red Notice this weekend.

Rating 12a
Length 2h12
Release 3.09.2021
Director Destin Daniel Cretton
About Martial-arts master Shang-Chi confronts the past he thought he left behind when he’s drawn into the web of the mysterious Ten Rings organization.
Moon: None seen… but I was too invested and may have missed it.
Where to Watch: Cinemas nationwide and Disney +
Trailer:

Iron Man really did run Phase 3 and 4 introductions could fly. I only hope the fatigue doesn’t last for people, because these are the films we need.