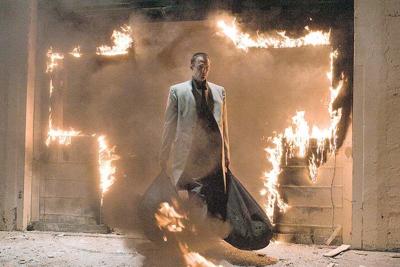 Rating 15
Length 1h 44
Release 5.3.2010
Director Scott Stewart
About A group of strangers in a diner suddenly find themselves surrounded by demons. Their only hope lies in Michael, an archangel, who wishes to protect the unborn child of the restaurant’s waitress.

If you want a film about a loner trying to save a pregnant lady, watch Children of Men. If you want a film about angels not being such the ‘Angels’ we expect them to be, watch Dogma. You want a movie about a waring heaven and angels on Earth, watch The Prophecy. Want Paul Bettany at his best, watch Gangster No 1.
Point is, there’s nothing this film can offer you that a better film out there can.