About: After transferring to a Los Angeles high school, Sarah (Robin Tunney) finds that her telekinetic gift appeals to a group of three wannabe witches, who happen to be seeking a fourth member for their rituals. Bonnie (Neve Campbell), Rochelle (Rachel True) and Nancy (Fairuza Balk), like Sarah herself, all have troubled backgrounds, which combined with their nascent powers lead to dangerous consequences. When a minor spell causes a fellow student to lose her hair, the girls grow power-mad. 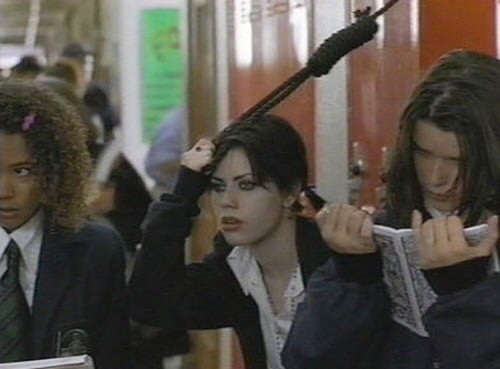 A film I enjoy watching more than I do critiquing it. You find flaws when you’re looking for them, and this is one film where I preferred ignorance.