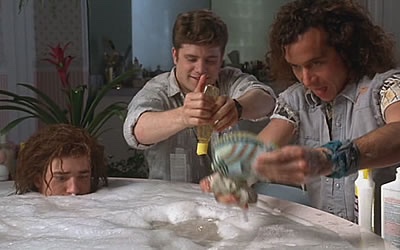 Rating PG
Length 1h 28
Release 25.9.1992
Director Les Mayfield
About College guys Stoney and Dave find and thaw a caveman, Link, and pass him off as a student. Link takes his time to adjust to the new ways of life, but he also helps the duo find their cool quotient.

It has the potential to be a cult classic and its most definitely better than George of the Jungle. For me, its the issues with Astin’s character that will stop me having this high on any rewatch list,