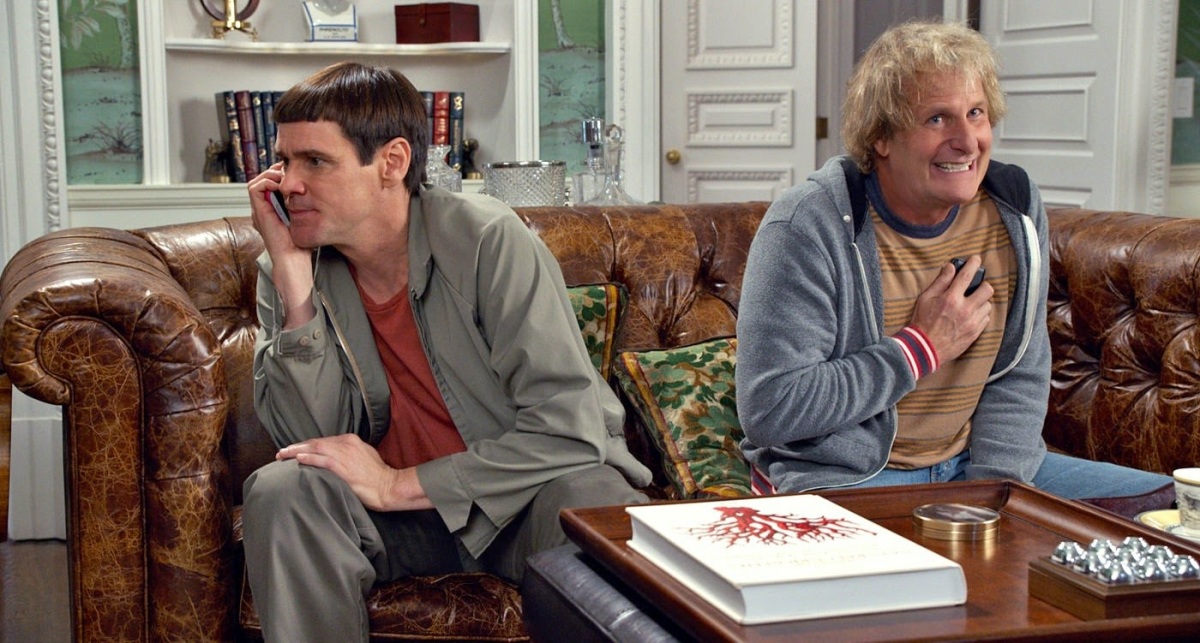 Rating: 15
Length: 1h 49
Release: 19.12.2014
Dir: Bobby + Peter Farrelly
About: In need of a new kidney and having learned that he has a long-lost daughter, dimwit Harry Dunne (Jeff Daniels) snaps his equally cretinous pal, Lloyd Christmas (Jim Carrey), out of an apparent fugue state to accompany him on a journey to find her. The witless wonders criss-cross the country using whatever mode of transportation they can find, ultimately arriving at the one place on Earth where they least belong: a summit of the world’s most brilliant minds.

Yet more misses than hits, but if you liked the first one; this is just more of the same.