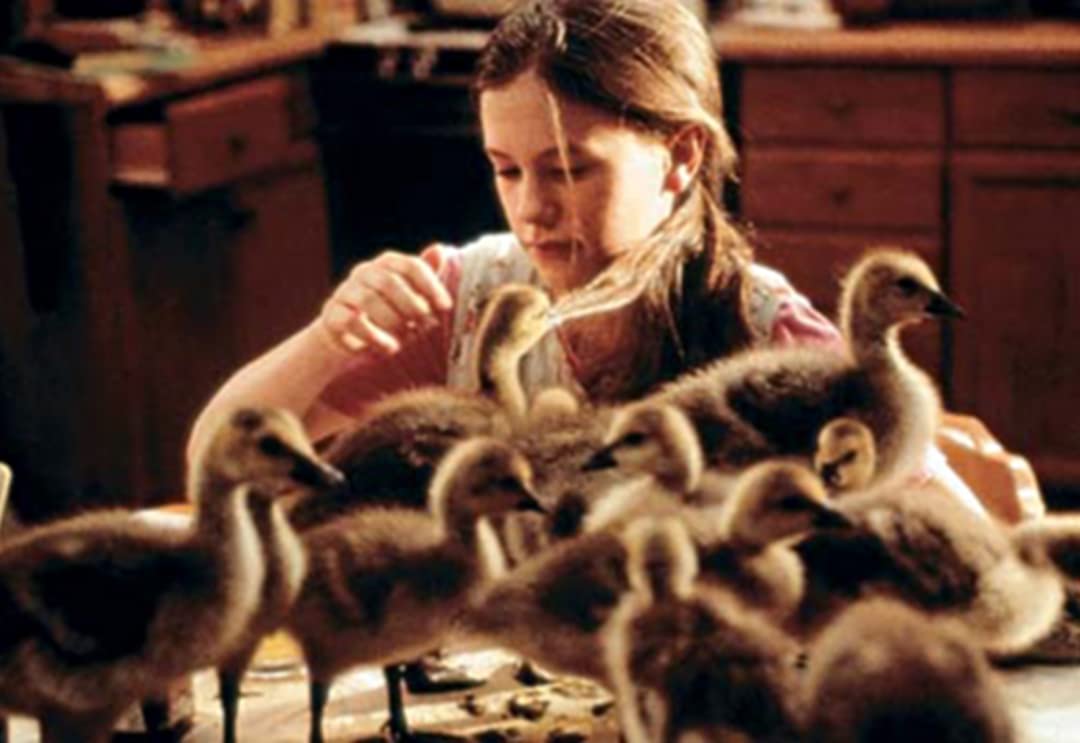 Rating: U
Length: 1h 47
Release: 7.2.1997
Dir: Carroll Ballard
About: Amy moves to Ontario to live with her father after the death of her mother. Her father, an aviation expert, helps Amy lead a flock of orphaned geese south for the winters.

This was one of those rare films I got to see in the cinema growing up. A cinema outing was primarily just for my birthday until this point. However, 1996 marked a change. Labour came into power here in the UK and both my parents became almost immediately employed. This meant there was a little more disposable income and my mum added in this spring half-term trip to the cinema.
This also became the first film I ever bought myself on VHS, having been bought Jurassic Park by a family friend and a number of Disney VHS from my Gran for Christmas. It was a hard decision; Fly Away Home or The Santa Clause (the Tim Allen one). I’d loved both films so much I’d even read the books. I think it was the all-year-round appeal that saw Fly Away Home win out. However, that was perhaps mum’s logic than my own; I was the girl who would watch Santa Claus: The Movie all year round. Perhaps mum didn’t want a repeat.
It’s also thanks to this film (and Jurassic Park) that I really wanted to see the Piano. Anna Paquin was someone I felt was ‘like me’. So I wanted to see everything she was in. The VHS was set up to record. I was very disappointed when I came down the next day to be informed that mum had stopped it and that it was not a film I should watch. Safe to say, I’ve still not watched it to this day and from that point, I was a little more reserved in watching her films.

It’s such a heartwarming film and I really am surprised I’ve not watched it more.