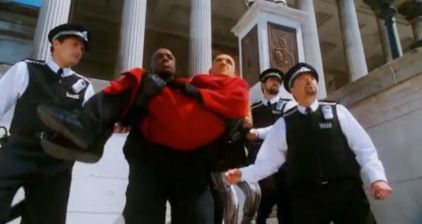 Rating: PG
Length: 1hr 35
Release: 23.7.2004
Director: Jonathan Frakes
About: When young Alan Tracy’s entire family is trapped by an evil being, the Hood, it is up to him and his friends to come to their rescue.

Summer 2004 was one of the best summers; me and my best friend in the world had gotten into a routine of going the cinema once a week and summer 2004 was peak cinema going; Woolworths was still open for pick and mix, London Road still homed the Liverpool Odeon and tickets were still cheap.
It was just me and him and he never once complained about my ‘my spot’ eccentricity. However, Thunderbirds marked the one and only time we let someone join us.

Not the colourful but boring film I remember but a complete hot mess of offence. I’d love to say I’ll never watch it again, but I am pretty certain I said that to Michael as we left the cinema.