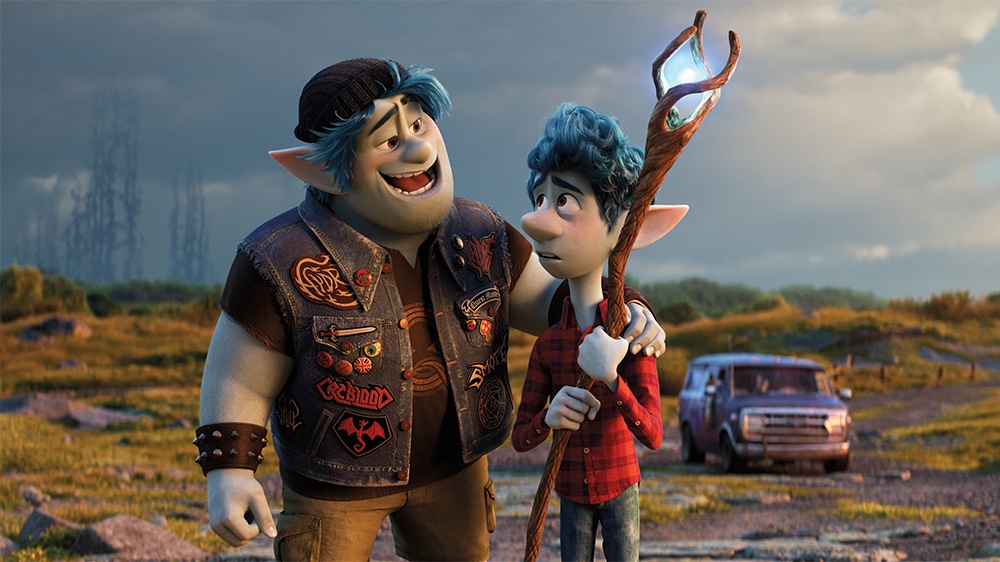 About Two teenage elf brothers, Ian and Barley Lightfoot, go on an journey to discover if there is still a little magic left out there in order to spend one last day with their father, who died when they were too young to remember him.

Could you imagine a better ‘brother’ pairing than the actors who play Starlord and Peter Parker, playing them almost as those characters?! They beautifully compliment each other and almost make me wish it wasn’t an animation.

The story is… well it’s very me. Which is not overly helpful in a review, but it’s a heartfelt and geeky journey while dabbling in the lore of D&D. That ticks all the boxes for me.

Dogs are dragons and cats are unicorns! Genius and I couldn’t love it any more than I do.

It has all the elements of a road trip movie; things go wrong, the characters butt heads, they bond and they sacrifice. All done in a family friendly landscape.

The absolute best part of this movie is the relationship between the two brothers. It would have been all too easy to have the magical ability of one cause friction and jealousy with the other. Instead we get this beautiful dynamic in which we see how siblings support and encourage.

It’s not a film for everyone. It’s not as universal as many of Pixar’s movies and I believe that it’s because the story is so personal, so subjective.

The storyline being linked to having one last chance to speak to a loved one they’ve lost really hit close to home and there were ugly tears. They were good tears and have really made me feel better, but man… they were uuuuuugly!

If it hadn’t made me cry so much, I’d have watched this at least four more times already.