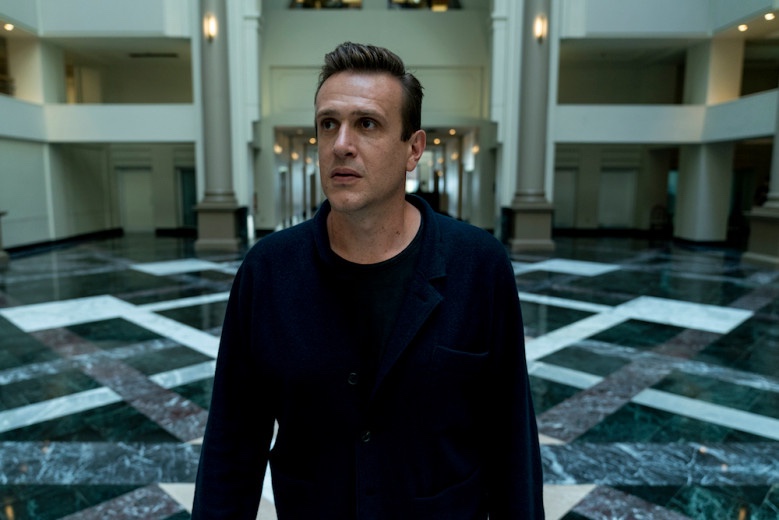 This show is special. It’s a show that feels so different, new and bold. Yet I’m not at odds with its high concept. I feel at home and comfortable with all that was thrown at me in the 50 minutes of delightfully weird narrative.

This is a Douglas Adams creation for today. It’s self aware, while keeping the main characters in the dark about how this 10-episode story will unfold.

I’m not going to tell you much about the plot or premise, other than to say it is perfect for those who enjoyed Hitchhikers, Dirk Gently and Pushing Daisies. The episode ends far too soon and will ensure you have an hour a week set aside for this show and in which you won’t even think of checking your phone.

Jason Segel is a welcome sight on the screen, and brings a vulnerability and an ‘everyman’ appeal to the role of Peter. My heart melted with one of the last scenes he was in and the newly acquainted characters said goodbye-for-now.

However, the most important and beautiful aspect of Dispatches is the casting of Eve Lindley as Simone. We have a trans actress, playing a trans character with little to no fanfare. It’s not a gimmick, it’s not a Box-checking ‘aren’t we inclusive’ character. Nicole is … Nicole. She is beautiful, open and there’s a connection between her and Peter that is palpable. Their chemistry is instant. Segel has given us a a character and a relationship that should have been on screen decades ago: one that just ‘is’.

Finally, Richard E Grant. Every single syllable from his mouth are glorious. He grabs your attention from the start and he’ll haunt you between episodes, I promise you that. I don’t trust him, yet I am soothed by him.