The brand new novel from Michelle Kenney, author of the Book of Fire and City of Dust!

As Talia treks back through the treacherous North Mountains, she knows only three things:

Pantheon has stolen nearly everyone she loves;
Her blood is the only control over the Voynich’s oldest secret;
And Cassius won’t stop hunting Arafel until every last outsider is destroyed.

Will Talia finally face her legacy and defeat Cassius before it is too late?

As a reader, I’ve spent a long time with these characters. From the first book, you take them into your heart so that even between books you’re wondering how they’re fairing.

Of course, being a final instalment there’s to be expected some character evolution and some conclusions to the story that’s unfolded before us.

Talia is the one. She’s been a solid and fully formed character from the very start. You will see the return of characters and bid farewell others. Not before each has their time to shine of course.

It doesn’t initially feel like the conclusion or the end of a trilogy; the action remains full throttle from the first page to the final line. It doesn’t stop two thirds of the way in order to wrap up the strands neatly. It allows for a story that is gripping, characters that you know will continue on beyond the pages of the book.

All in all, it’s a fitting ending and a perfect way to wrap up this amazing trilogy.

The only thing that made this a hard read was that it was a world I was not ready to say goodbye to. There are very few writers who could incorporate language from a classical era in such a smooth way, that you will find yourself not requiring the glossary that’s attached. It’s the incorporation of these words that enables such a rich world to be built and for the reader to fall into.

I’m still not ready to say goodbye. These books have been a comfort and I’ll be reading them many times again over the years.

It’s a fair adaptation and while Caine lacks the flair for singing, he’s now too iconic in the role to even dare to mentally recast.

I’ve just watched Jay and Silent Bob Reboot and I’m not quite ready to write my review. I’m still very much in my own head and emotional about it all so I’ve decided to though out a tagged post for people to complete.

You know the rules; answer the questions, link back to this original post, the person who tagged you and three awesome people you wish to tag!

Which Kevin Smith movie introduced you to the View Askew universe?

For me it was Dogma, although I think I’d seen pieces of Mallrats without being aware of its connection. I will ashamedly admit I hated the film when I first saw it. It was slightly too weird for me and I actually took the VHS back for a refund the next day.

However, the story stuck with me and a little over 6 months later I gave it another watch. I fell in love with it: the filmmaking style, the humour and the religious accuracy. I bought it again and it’s been a go to movie of mine ever since.

Surprisingly it’s not Dogma. Not any more. My favourite is Clerks 2. I saw the hell out it in the cinema. There was the added bonus that every screening over the month I went to watch it had a Nokia advert beforehand with Gary Oldman being his delightful self in and around New York.

Clerks 2 is my favourite because it for me, this film is still quirky while being given the budget of a mainstream movie. There’s a charming story at the heart of the film and is that rare sequel that doesn’t require you to have seen the preceding movie.

Elias! How can you not love Clerks II’s fearful, geeky Elias?! From his fucked up banter filled relationship with Randell to his jacking off to a donkey show swan song Elias is my … well he’s not my hero, but he certainly makes me laugh, a lot.

“Adventure, excitement … a Jedi craves not these things.” Mallrats

It would have to be the Bluntman and Chronic/ Cashing Amy callback in Jay and Silent Bob Strike Back. 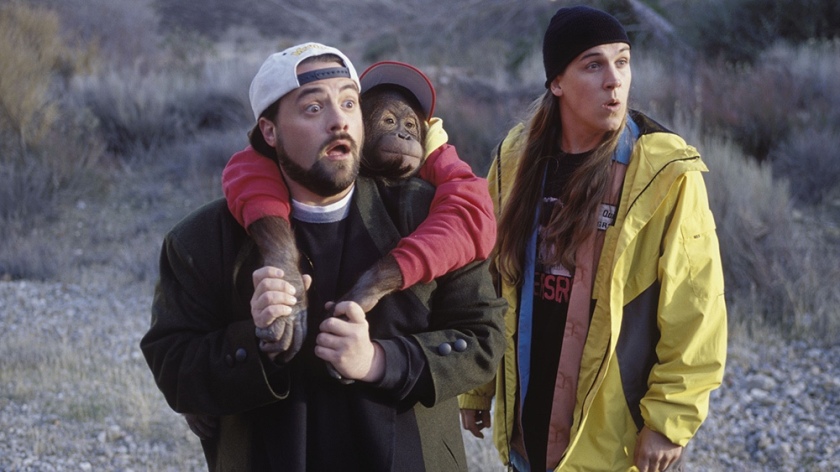 Alan Rickman, hands down is the best celebrity casting from all of the movies. Not only does Smith give Rickman the opportunity to flex his comedic muscles, he gets his pants down too.

Up until Rickman’s untimely return to the heavenly Morissette’s side, I had been looking forward to a Rickman reprise in Smith’s movies.

It has to be the Indy ‘no ticket’ reference in Dogma. The added bonus being that it’s Silent Bob who utters it.

Do you have a Kevin Smith-worthy story connected to any of his films?

I have a few and they all have to be told.

So… I make the mistake of watching Chasing Amy with my dad (I can’t quite remember if mum was there too) and he spent the whole fucking movie asking ‘where’s Amy?’, ‘is there an Amy?’, ‘who is Amy?’, ‘why is this film called Amy?’. Then the fucker talks all the way through Silent Bob’s speech.

Finally, I managed to ask the awesome man himself a question during a Q & A in London a few years back. I also used the opportunity to thank him for being a big inspiration in my life. I was not expecting him to ask questions and the following exchange took place:

“Oh, thanks to Dogma I became an RE teacher.”

“Fuck, man you totally didn’t get the point of that movie.”

“Oh I did. I teach that religion is just an idea.”

“Wow, you got my movie better than I did.”

To have that exchange, to let him know how important he was in influencing something that I’d dedicated ten years of my life to. Well, it meant the world to me.

How do you show you are a fan?

Interestingly enough, I don’t own a single t-shirt like I do for all my other fandoms. I did have Jay’s ‘fuck, Motherfuck’ song as my ringtone until I became a teacher and was too scared it would go off in class.

What I do have though, is a Metatron quote tattoo in tribute to Alan Rickman. “Noah was a drunk, look what he accomplished” and it’s true, check your bible.

What do you want to see Smith tackle next?

So the question I asked at the Q & A was which Shakespeare would he like to take on if he had the chance. This is my go to question for many a person I’ve met, but of all the people I’ve asked I thought this would be the biggest risk and best pay off. Indeed, it was the best answer I’ve ever gotten and the answer really surprised me.

I, personally, want a View Askew take on A Midsummer Night’s Dream. Mainly because I’d love to see Silent Bob take on the guise of Puck, remain silent for the whole movie before giving that beautiful monologue at the end. Plus, it’s a play about sex crazed teens, woodland creatures playing with drugs and a donkey show… aren’t they all within Smith’s wheelhouse?! 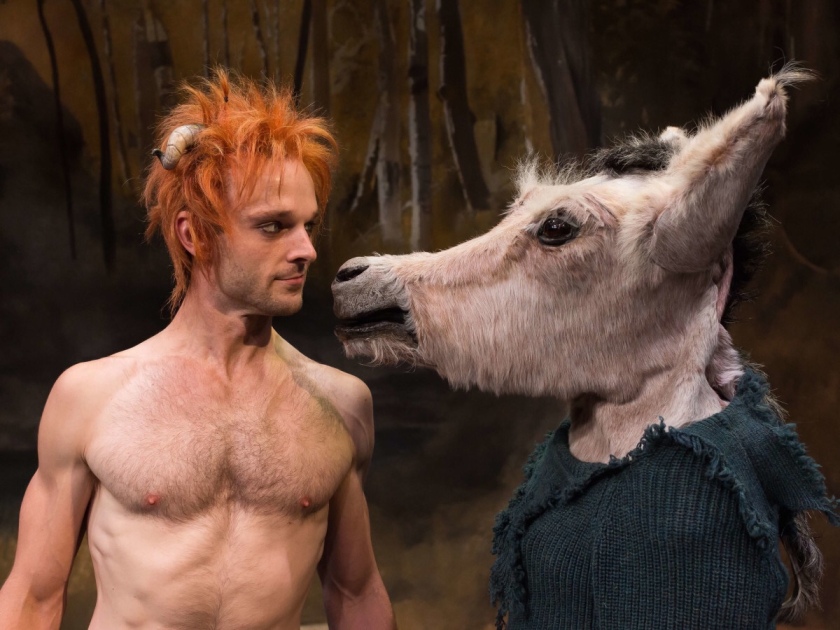 I’ll be tagging the boys over at Sorry, You’re in My Seat, Ollie from Out of Our Element and Amy Smith (filmswithamy)