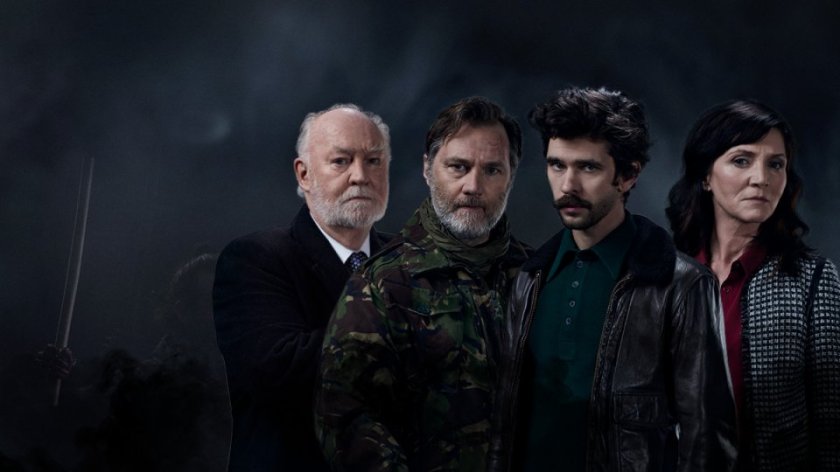 Story
A play of two parts, the first deals with the political unrest in Caesar’s Rome and the coup that it inspires. The successful assassination leads to a second half fueled by civil war between Brutus’ exciled rebels and Marc Anthony’s coalition army.
It’s a simple story in its progression but this allows for the complexity of politics to be highlighted and emotions, vengeance and violence to run high.

Cast
I’d be lying if i said I didn’t buy a ticket to the play for the cast. Who could stay away with even one of the names that have been HBO staples over the years?
It’s been commented upon many times how good British talent is on American tv and there’s no better place to see it than in a contemporary Shakespeare, complete with interactive groundlings.
It’s hard to say anyone stood out, as the entire cast worked in such harmony that no one stood alone.
David Morrissey’s Marc Anthony did have me hoping he’ll work with Hytner again and bring the character’s other tragedy to life. Morrissey truly brought his all for the second half of this 2 hour play, ensuring no one missed, or wanted, an interval.

Friends, Romans, countrymen, lend me your ears; I come to bury Caesar, not to praise him.

When it came to Anthony’s iconic speech , Morrissey delivered it with such an understated grief-ridden power, he gave a new lease of life to what could be considered a tired and over used line.

Ben Whishaw is a delight, as always. Having seen Whishaw own the stage in the intimate setting of the Almeida theatre, it was good to see that he plays well with a bigger cast too. His character, Brutus, is a wonderful, flawed but well intended and Whishaw draws on the inner turmoil to pull the audience in further.

Production (music, set, costume, lighting)
The newly opened Bridge Theatre is really something else. This is a new age of theatre and it’s filled with endless possibilities. The current production is presented as an immersive promenade; allowing the traditional groundlings of the Globe to establish a crowd within the Forum’s of Rome.
The costumes bring proceedings out of Rome of old, and establish it instead in a world devoid of time with current political undertones. Without spoiling anything, I would advise people wanting to see the performance to buy Promenade tickets and arrive in plenty of time to spend at least 15 minutes prior to performance starting inside the theatre proper.
Props are used sparingly and well; just wait for the scene change and how the props are utilised near the final act of the play. The lighting is obtrusive at times, which adds to the tone.

Never have I ever seen such an ingenious production that has me considering tickets for the following day.

Julius Ceasar plays at the Bridge Theatre until 15th April with an NT Live performance broadcast in cinemas on 22nd March. Buy your tickets here