Description: Kara deals with the loss of Mon-El by focusing her energy on being Supergirl and concentrating on a mysterious new threat. Alex confesses a secret to Maggie. A citizen of National City has a mysterious connection to Kara. Lena makes a bold move. 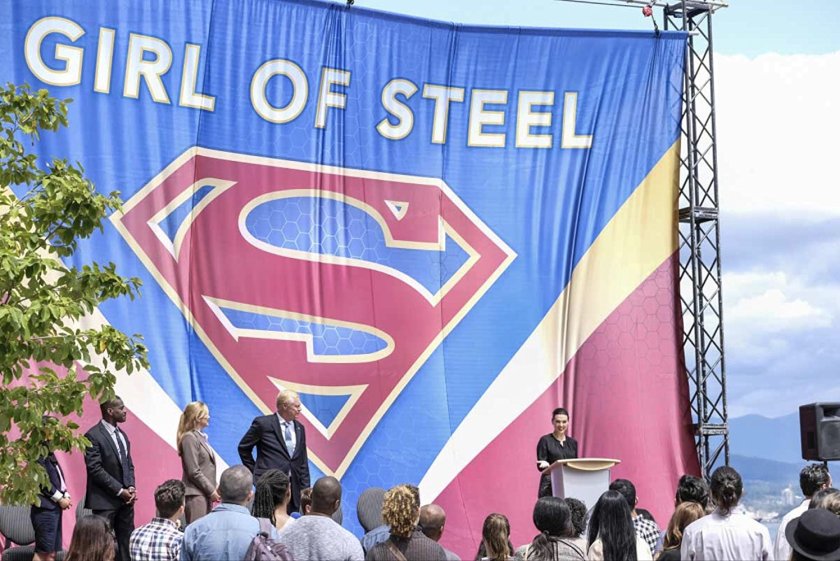 Supergirl has come so far since its first series and I’m no longer fearing its cancelation. However, I’m no longer enjoying my weekly viewing either. It’s missing some of what made series 1 work. I know part of that is Calista Flockheart, but it’s also something more as she makes a cameo this episode, and it doesn’t help much.

Series 3 opens on a rather sad note. Kara’s emotions are raw from the departure of Mon-El. She’s grumpy, apathetic and channelling her inner Buffy Summers from season two’s opener When She Was Bad. It’s actually quite realistic of a breakup and while it depressed the hell out of me, it was good to see even superheroes have issues they struggle to overcome.

Having Heroes alumni Adrian Pasdar play the villain of the week was a little too obvious. The once Petrelli brother is about one role away from being type cast. This storyline, as a result, did nothing for me.

Kara’s sister, Alex, has a wonderful heart to heart with both Supergirl and, later, J’onn J’onzz. While I miss Chyler on Grey’s, she is the perfect fit for this show. Her scenes are moving and heartfelt; so much so that I was reduced to tears by the end.

I’m so very happy that they seem to have dropped the Guardian story arc from series two. I’m a little upset at how they’ve adapted and evolved Jimmy Olsen since the shows start and I feel the character is very much picked up and dropped as the narrative requires. I don’t want to lose Mehcad Brooks from the show, but they need to figure out what they’re doing with the character.

I am loving the friendship with Lena Luther, but I’m expecting a fallout from Kara’s failure to disclose her identity at some point. I was sensing a potential romance between her and Alex (knowing Floriana Lima’s Maggie is not long for our screens), however the addition of Odette Annable has made me reconsider this.