Star Trek Discovery
S1 ep4: The Butcher’s Knife Cares Not for the Lamb’s Cry
From IMDB:
With tensions and stakes high as Starfleet continues in their efforts to end the war with Klingons, Burnham begins to settle in to her new position aboard the U.S.S. Discovery.

Firstly, how amazing is Netflix letting you skip the intro?! It’s not that I don’t like the intro, at all, it’s just that it’s nice to get into the meat of the show. Especially when there is an extensive ‘previously on…’ that I would rather skip instead.

This is my favourite episode so far, but it also has my least favourite bits in it too.

From the very start of this episode, the effects are incredible. I’m blown away by the quality and consistency of them; they’re of the standard I’m used to in the movies; seen when the ship goes into warp.

I’m loving the gender and species diversity at play on board Discovery. While it’s something I would then delve into a be moan about, I’m just going to bask in the female presence for now.

Michael gets a shout out for the Spock’s trademark “fascinating.” It was such a joy to hear, and I may have replayed it more than a few times. I loved her storyline and I loved the morality that was being set up; seeing the pain and emotion on Michael’s face as she realises the consequence of the solution to the spore drive. It’s heart breaking, and I’m curious to see how Michael responds over the next few episodes.

Now, I need to talk about my favourite part of the show. Lt Paul Stamets, Discovery’s engineer. He’s played by Anthony Rapp. While undeniably beautiful, it is his comic timing and his passion for doing the right thing that has won my heart. I’ve said it, so now I need to renounce the Tudyk. My notes while watching episode four was littered with ‘I love this man’
It started from the moment he attempted to stand up to the Captain and expressed his concerns about using the spore drive. Stamets is not going to be someone who takes orders blindly (and I predict that this is going to come back into play throughout the series).
Then he goes and gets his nose smashed, in what was one of the boldest scenes of realism I’ve ever seen in a Trek; too many times has the franchise gone big and it’s lost me in the prosthetics. I bloody felt Stamets’ pain.
My favourite scene comes after Discovery is saved from a gravitational pull and we get our first glimpse inside the medical bay. I got my second biggest chuckle of the episode:

The frontal lobe is overrated.

Before the Captain comes in to tear a strip out of him for an unsuccessful spore warp (I’m never going to get used to saying that). In unison both myself and Stamets utter ‘I/he did warn you.’
He is so passionate about the mission they are currently on not being the one he signed up for, that his technology was not intended for this use. Damn, this thread is going to analyse advancements we’ve already seen and help us question if it’s okay to pervert the course of intent?! The biggest question is; if this isn’t what he signed up for, is this vessel going rogue or are the crew patsies?

Of course, I can’t leave it there. I have to tell you what gained my top chuckle of the episode;

“That hardly seems fair; I always wanted to converse with my mushrooms.”

We see the frost between Michael and Stamets thaw as we see them work together to solve both of their problems; her big beast and his engine. It turns out one’s the lock, the other the key. I wonder what side of the fence Stamets will be on when Michael shares her findings. For a Vulcan trained human, Michael is quite the empath and while Stamets joked about losing his feelings; I don’t think his ethics will allow Ripper to be exploited.

One of the Klingons, Voq, looks too much like the engineers from Prometheus. They’re losing their identity and uniqueness with all the mythology that is being woven into the back story.

On that note, I’m so bored of the Klingons as a whole; it’s great that they can show the Klingon language, but it’s distracting from the grander story. It’s also too religious for my liking; the story is fast becoming a Abrahamic/Muhammad allegorical story and I really don’t like it.

I’m not sure I like the Captain. I’m sure I’m meant to feel on edge about him and I’m starting to have ‘bad leader’ vibes, but I really don’t want that. I’m used to trusting my Captains; yes they waver and sometimes show bad judgement, but there’s something more at play here. 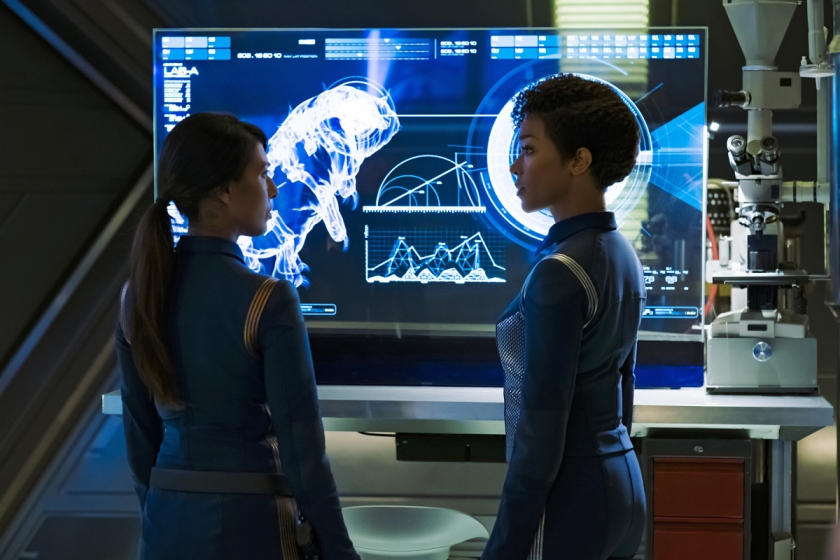 Final thoughts
My illogical list is getting shorter each week; that must be something. However, the Klingons are a fundamental flaw that I do expect to see a big payoff for sticking with.
I still take issue with the timeline, but I am intrigued with theories online that suggest Lorca (or the timeline itself) is from the Mirror Universe. I think that would be a cheap trick, and I do like the idea that Starfleet is not the prefect of the universe; that there are some people who dance in the shades of grey. I just hope when the time comes, it’s a gamble for the greater good. 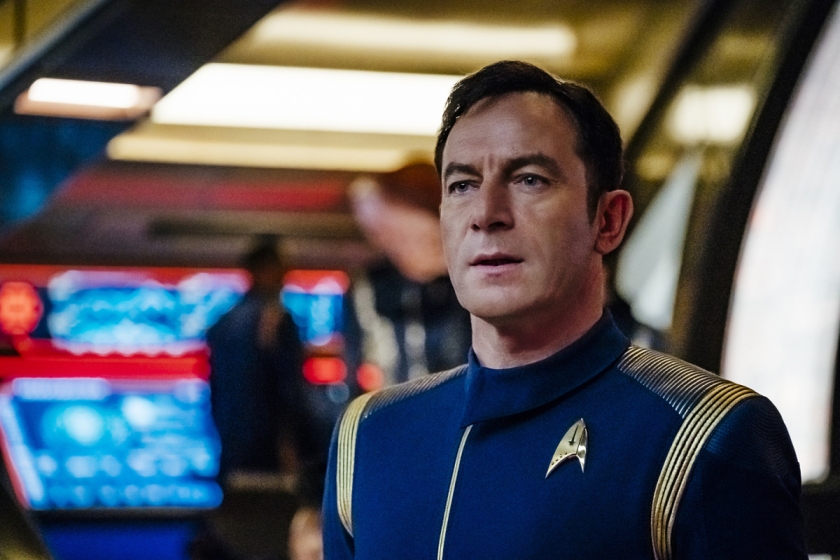