From IMDB:
Mike and Harvey’s power move is countered, putting their backs up against the ropes. Rachel fears her father’s judgment is clouded by the past. Louis aids Alex when his client comes under fire.

I’m not going to do a character breakdown this week. It was such a good mid-season finale that I only managed to make a note of my two counts.

Obviously having title ‘Donna’, does mean she was the focus of the episode. Thankfully, we were not treated to any flashbacks this week. Instead it all focused on the court case and her feelings for Harvey.

A lot of other things were resolved in this episode, including what I feel will be the last cameo of Jessica. The result of the case sees Jessica’s name off the wall; when we return in July 2018, it will be the law firm of Specre and Litt. If Alex is bumped to regular for the second half, I would expect him to be gunning for a piece of that wall.

We did see an unusual flashback in the form of Robert Zain this week; his relationship with his sister and motivation for the pro bono suit. It was quite beautiful to see a different side to Rachael’s father. I can’t remember if the suit was resolved, and I didn’t particularly care. I was all about the father, daughter bonding.

I can’t leave without mentioning that final scene. The one I’ve certainly been waiting for since I binge watched the show 2 years ago. Donna kisses Harvey before uttering ‘I just had to know.’ 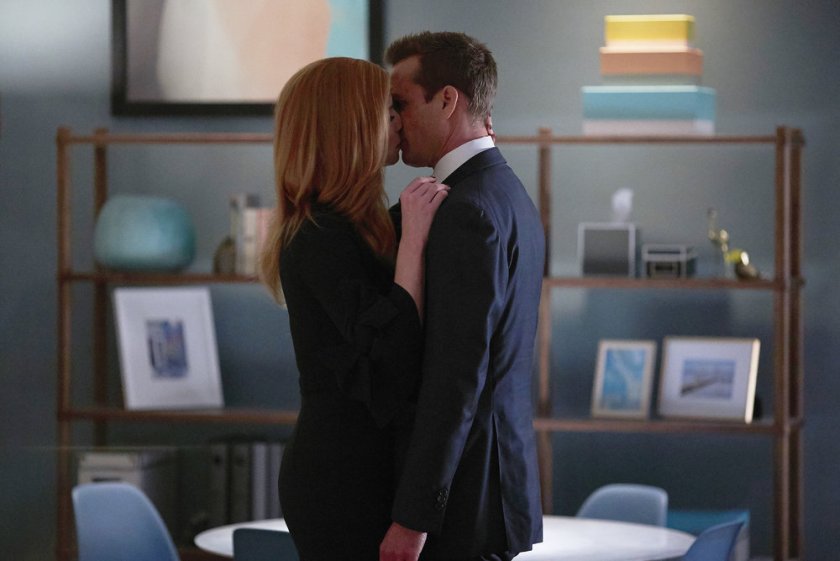 GAH! What?! But Harvey loves you back. Surely you know that Donna?! And now I have to wait 8 months to find out the consequences. I’ve got to say though, best cliff-hanger they’ve ever done.