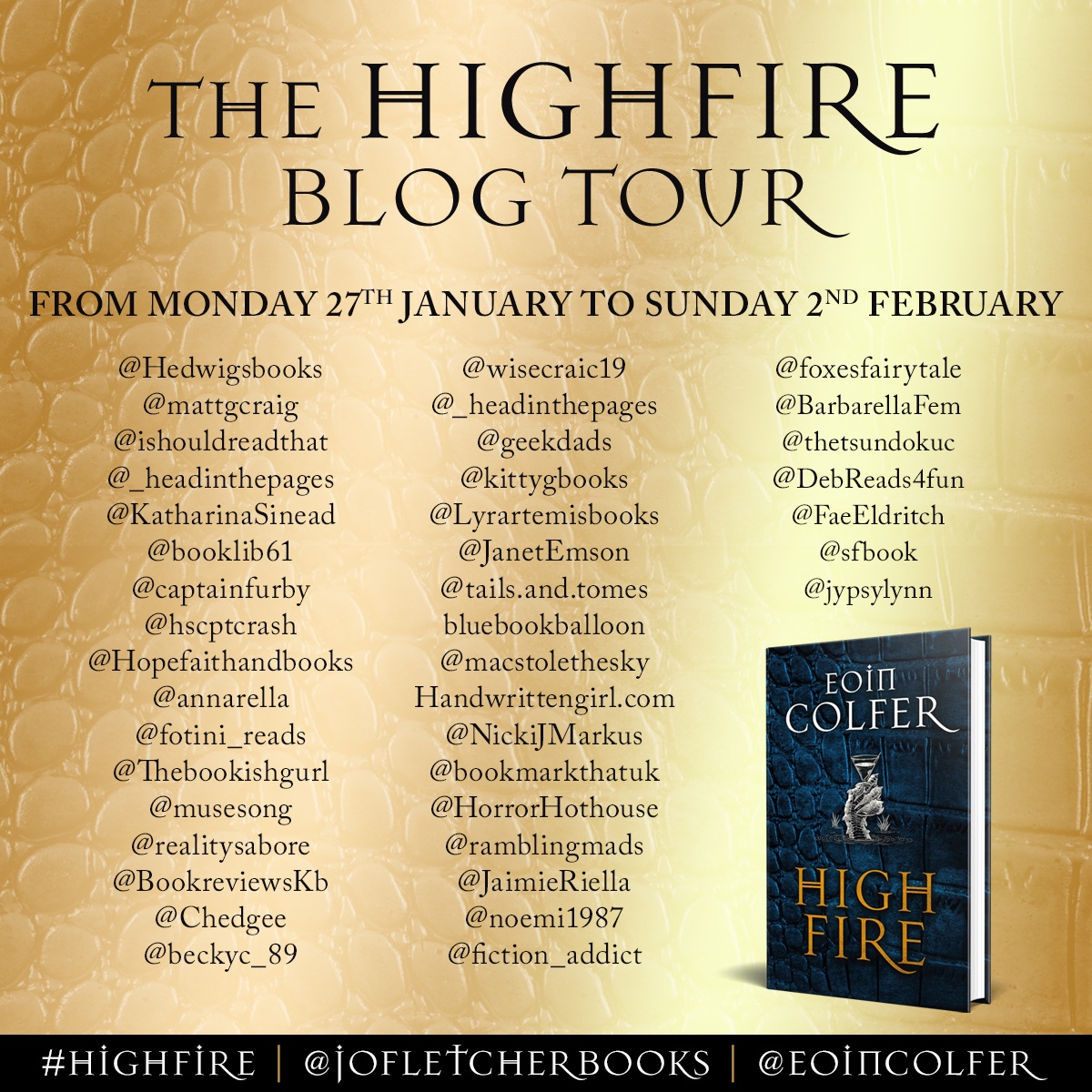 ‘A joyous fantasy for grownups’ Guardian

Highfire is a genre-bending tour-de-force of comedy and action by the million-copy-selling master storyteller. 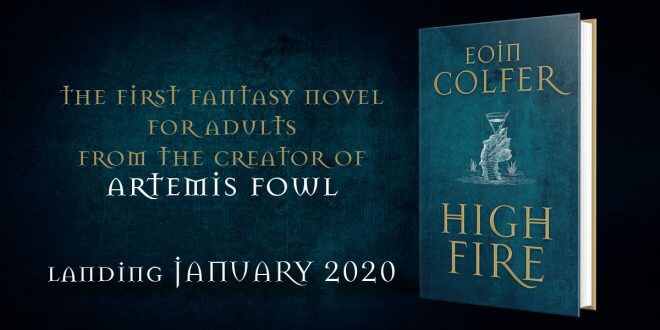 Squib Moreau may be swamp-wild, but his intentions are (generally) good: he really wants to be a supportive son to his hard-working momma Elodie. But sometimes life gets in the way – like when Fake Daddy walked out on them leaving a ton of debt, or when crooked Constable Regence Hooke got to thinking pretty Elodie Moreau was just the gal for him . . .

An apprenticeship with the local moonshine runner, servicing the bayou, looks like the only way to pay off the family debts and maybe get Squib and his momma a place in town, far from Constable Hooke’s unwanted courtship and Fake Daddy’s reputation.

Unfortunately for Squib, Hooke has his own eye on that very same stretch of bayou – and neither of them have taken into account the fire-breathing dragon hiding out in the Louisiana swamp . . .

For Squib Moreau, Regence Hooke and Vern, aka Lord Highfire of Highfire Eyrie, life is never going to be the same again.

‘Told in crunchy prose, with lashings of earthy dialogue, it reads like an Elmore Leonard Thriller, but with dragons . . . Colfer clearly had a blast writing this, and his sheer storytelling panache brushes aside the quibbles of fantasy-genre agnostics with infectious glee’ Mail on Sunday

From the internationally bestselling author of the Artemis Fowl series: Eoin Colfer’s first adult fantasy novel is a hilarious, high-octane adventure about a vodka-drinking, Flashdance-loving dragon who’s been hiding out from the world – and potential torch-carrying mobs – in a Louisiana bayou . . . until his peaceful world’s turned upside down by a well-intentioned but wild Cajun tearaway and the crooked (and heavily armed) law officer who wants him dead.

What a glorious read from the amazing mind of Eoin Colfer. Vern is the last living dragon and reads like a character created for David Harbour to play. He’s gruff and closed off, and that’s the way he likes it. That is, of course, until Squib comes hurtling into his life, bringing with him chaos and danger.

It’s a well written, funny book that doesn’t hold back in the slightest. You can clearly see from how this book is crafted, why Colfer wrote another instalment in Douglas Adams’ Hitchhiker’s series. Colfer embodies Adams’ charm and wit and brings it to the 21st century.

This book is a perfect stand alone but I would love to see a sequel. Many sequels. Hell, if Eoin Colfer wants to throw out seven or eight tales of Vern and Squib, I’ll be there waiting for the publishing date of each one.

I watched the first trailer late at night whenever it dropped online. I showed it to my dad first thing, the very next day. His face lit up and he grinned like a kid at Christmas. Star Trek was not just ‘his’ show, it was ‘our’ show. He was so looking forward to catching up with Jean Luc and he found the addition of Seven in the second trailer rather clever. Unfortunately, my father passed in November, so tomorrow is going to be very different to the day we’d had planned. In fact, I almost was going to never watch it.

Fast forward to January 2020 and I’ve sobbed through the first half of the other show of ‘ours’; Dr Who. The thought of Picard being as painful was actually on my mind a hell of a lot.

Then, something amazing happened. I won tickets through Amazon Prime to be at the premiere in London. Seems like dad was there making sure I didn’t let this show pass me by. 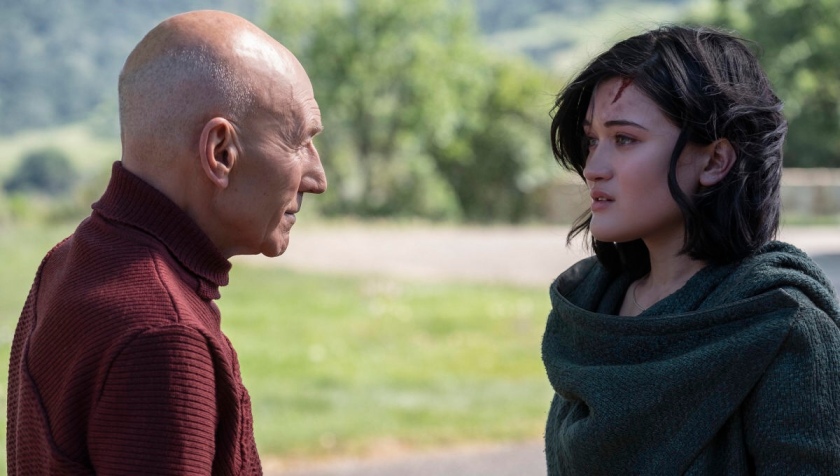 This episode is not fan service, it’s not about everyone getting a pay check. This first episode is the start of something! It’s a well crafted, emotionally charged hour of tv perfection. 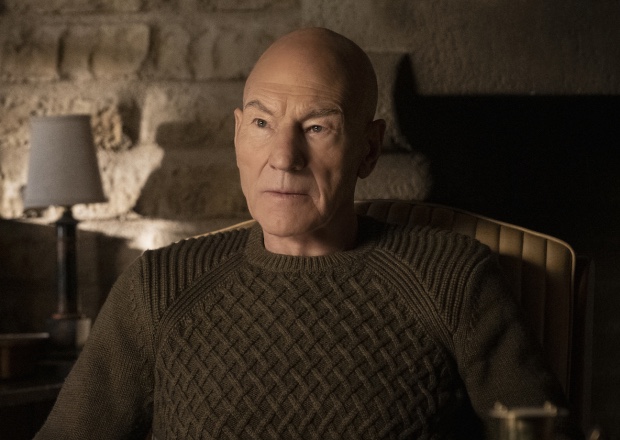